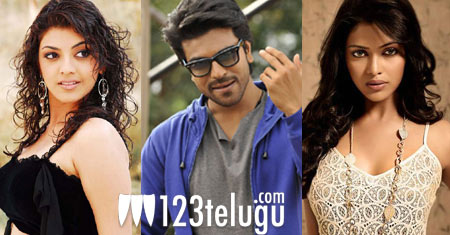 Ram Charan’s upcoming film Nayak is racing ahead to meet its deadline despite extreme temperatures in Hyderabad. Over the last few days, temperature at night has dipped alarmingly; however, that didn’t stop the film unit from going ahead with the night shoot in the city. Ram Charan and Amala Paul are taking part in this schedule which will go on for the next five days. Kajal is playing the other lead role. V V Vinayak is directing the film and Ram Charan is playing a dual role for the first time in his career. DVV Danayya is producing the film on Universal Media banner. S S Thaman is scoring the music and the film is being touted as a complete mass entertainer. Nayak is scheduled for release on January 9, 2013 and this will be the first film in Ram Charan’s career to release close to Sankranthi.