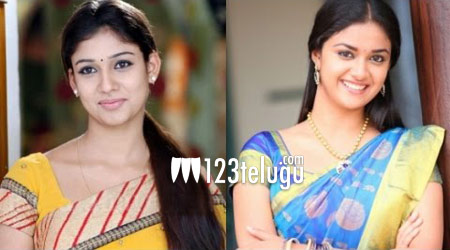 Keerthy Suresh, who was introduced with Nenu Sailaja is currently one of the busiest actresses in Tollywood. Her innocent and attractive looks have caught the audience attention big time.

Meanwhile, in a media interaction Keerthy revealed that she is a big fan of Nayantara and says that Nayan’s commitment towards work impresses her.

Keerthy also added that she wants to do heroine-oriented movies like Nayantara in the near feature.