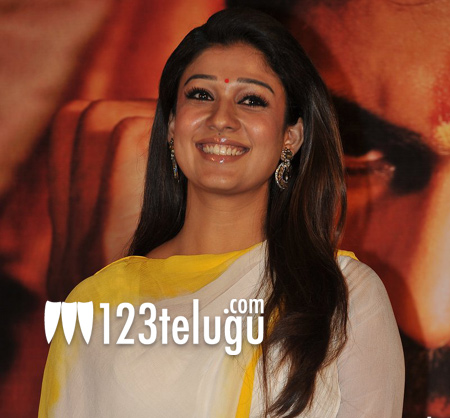 Glamour girl Nayanatara has reportedly pocketed a solid amount of about Rs. 1.25 Crores for the movie ‘Krishnam Vande Jagadgurum’. The actress is going to be seen in a pivotal role in the movie opposite Tollywood hunk Rana Daggubati. Nayanatara has also dubbed for her character on her own and this is the first time she has done that for a Telugu movie. Producers are willing to pay her hefty amounts as she still commands a good fan following. Apart from glamour, Nayanatara is also a good actress and that is a major bonus in the industry.

Nayanatara has been having a pretty busy second innings ever since her breakup with dancing icon Prabhu Deva. Telugu Film Industry has been extremely supportive in a way and she has bagged good roles in big production houses.

Apart from KVJ, she will also be seen as Nagarjuna’s love interest in Dasarath’s ‘Love Story’.