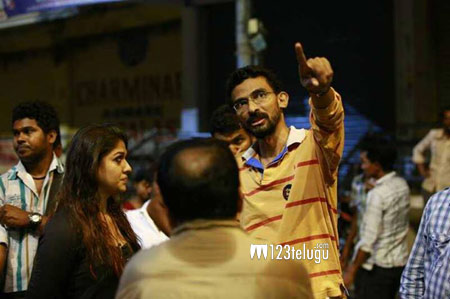 Actress Nayanatara will be essaying the lead role in the suspense thriller ‘Anamika’. The film is a remake of the Bollywood hit, ‘Kahani’. Shooting of the film is nearly complete and only 4 – 5 days of work is left. Shekhar Kammula is the director of the film and he is planning to release the movie in the month of December.

Endemol India banner is producing this bilingual project. The original story of the film has been modified slightly, to cater to Telugu and Tamil viewers. Music has been scored by M.M.Keeravani and the audio album is expected to come out in the next few weeks. The first trailer of the film will be released in the second half of November.

Sekhar Kammula is attempting a remake for the first time in his career. This film is also quite different from the usual genres he attempts.