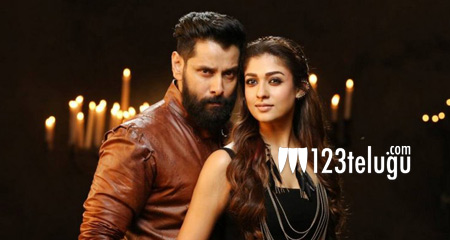 Nayanathara is one actress who knows how to mould herself according to the given situation. She can be at home in devotional roles as well as sizzle in glamorous avatars. Now, she is acting in a film titled Irumugan with Vikram.

Some stills from the movie were released today and in them, Nayanathara looked ravishing. Fans have been remarking about her ability to up the glamour quotient so easily when necessary. Nayan will be seen totally in western outfits in this movie.

In Telugu, Nayanathara is playing the female lead in Venkatesh’s ‘Babu Bangaram’. She is also scheduled to appear in Chiranjeevi’s 150th movie.