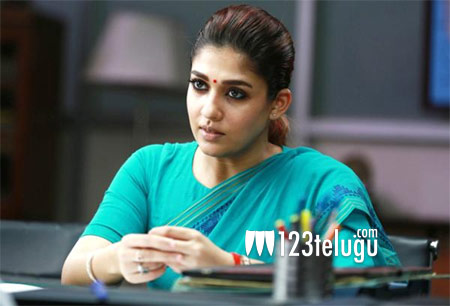 Star heroine Nayanthara’s intense social drama, Aramm, is all set for a grand release on November 10. The film is releasing in Telugu as Kartavyam at a later date. In the movie, Nayan will be seen in a powerful role of a District Collector.

According to the latest revelation, there’s more to Kartavyam than just being a social drama. Apparently, the film is a nail-biting thriller and the entire movie happens in a single day. Nayan has been promoting the film quite aggressively, which is quite unusual.