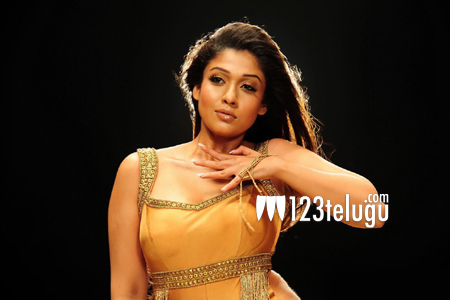 Nayantara is currently on a roll and is definitely at the pinnacle of her career. Even though her personal life was in the news recently for controversies, she has definitely turned it around and is creating magic on the big screen. Her last three releases have been big hits and she is being appreciated for her excellent acting skills.

It all started with Thani Oruvan opposite Jayam Ravi. Thani Oruvan turned out to be one of the biggest blockbusters in Tamil Cinema this year. It was so successful that Ram Charan is currently in the process of remaking it. Then her movie Maya/Mayuri released and it also turned out to be a big success, bringing in good money at the box office in both languages. Her latest release Naanum Rowdy Dhaan released last week and this film also received positive reports both from critics and common audiences. That makes it a hat trick for Nayantara.

She currently has four films on hand. While she is shooting for two of them, two are getting ready for release. This has turned out to be a good year for Nayantara. We wish her all the best.