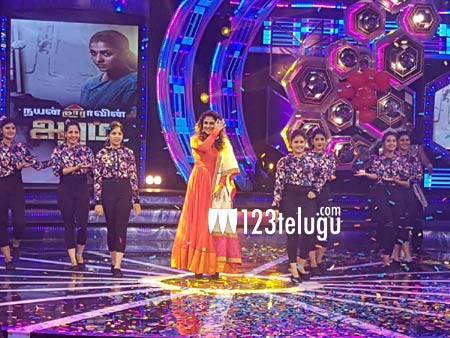 Ever since she rose to stardom, star heroine Nayanthara has been strictly following a principle of not attending any promotional events of her movies, barring a very few special films. Today, Nayan broke the principle yet again for her upcoming Tamil film, Aramm.

Much to everyone’s surprise, Nayan shot for a special promotional program for leading Tamil entertainment TV channel, Sun TV, today. The program will be aired on August 25 on the occasion of Vinayaka Chathurthi. In Aramm, Nayan will be seen in a powerful role of a District Collector. The film is expected to release in early September.