Nayanthara celebrates her boyfriend’s birthday
Published on Sep 18, 2017 11:04 am IST 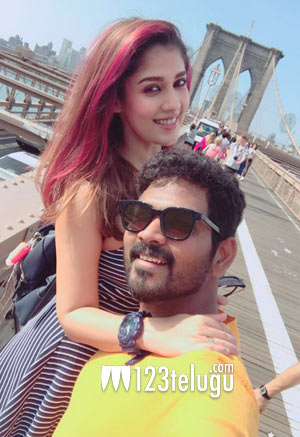 It is a known fact that actress Nayanthara is dating hot shot Tamil director Vignesh Shivan. Now, the couple is on a much-needed break and are holidaying in the US.

The director shared a recent pic of them having a gala time on the Brooklyn Bridge in New York. Incidentally, Vignesh Shivan is also celebrating his birthday today which has been specially planned by actress herself.

Career-wise, Vignesh is directing a film with Surya which is nearing completion and Nayan is busy with Balayya’s 102nd film.