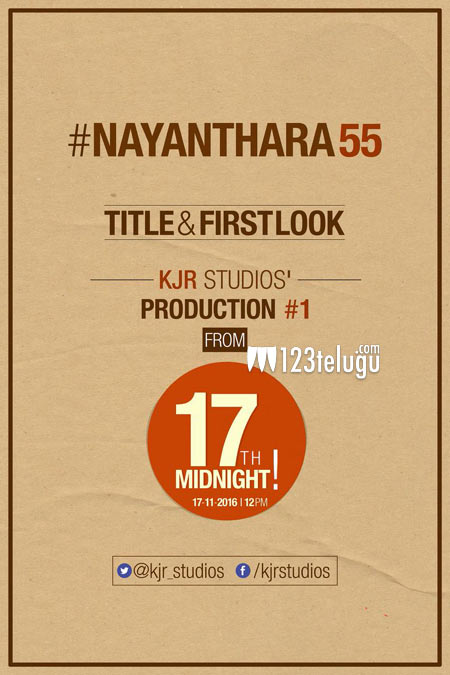 Nayanthara is currently at the top of her game. The actress has a handful of plum projects featuring herself and several star heroes as the protagonists. This lady superstar has now got a special honour.

The makers of Nayanthara’s 55th film will be unveiling the first look and title at midnight 12 am on the 17th of this month on the eve of the actress’ birthday on November 18th. This film will be directed by Minjur Gopi and produced by KJR Studios.