Nayanthara ready with yet another intense role
Published on Apr 5, 2017 5:41 pm IST 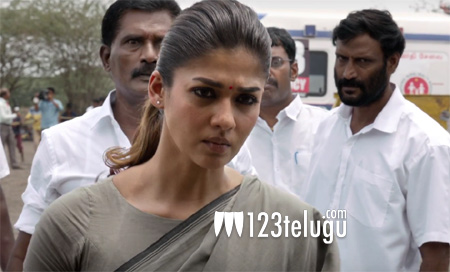 Looks like Nayanthara, is doing all the right things in her career. After doing a very interesting role in Dora, she has changed gears and will be seen as a district collector in the intense emotional drama called Aramm.

The teaser which was revealed today showcases the problems of farmers and how Nayan as a collector will solve them. Nayan’s screen presence is quite good in the film as she is seen in a saree clad avatar with an intense look on her face.

The film will be directed by Jagan, a former associate of star director A R Muragadoss.