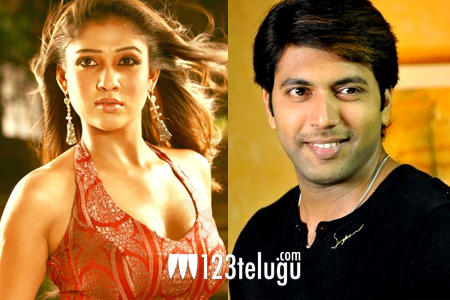 Nayanthara has signed yet another film in Tamil and this time she’s going to pair up with Jayam Ravi. Already, Nayanthara has three Tamil films in pipeline, apart from Sekhar Kammula’s Anamika and all these films are expected to release later this year. This untitled film starring Nayanthara and Jayam Ravi is going to be directed by Jayam Raja. Incidentally, it’s the sixth time that Jayam Ravi is teaming up with his brother Jayam Raja. The duo is popular for remaking several Telugu film in Tamil, but this time they are experimenting with an original story and Nayanthara was reportedly quite excited when she was offered the film. She’ll also be seen in Vishnuvardhan’s upcoming film in which she’s paired up with Ajith and another film titled Raja Rani with Arya is expected to release soon.