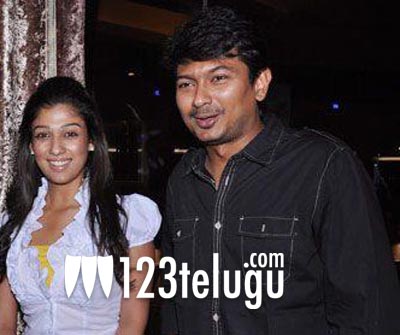 Nayanthara is no mood to slow down, despite having quite a few films in hands.She’s currently part of Nagarjuna starrer Love Story, Vishnuvardhan’s untitled film opposite Ajith, Arya starrer Raja Rani. Her upcoming Telugu film Krishnam Vande Jagadgurum will hit the screens on November 30 and the film’s Tamil version titled Ongaram will release soon. The latest news is that the actress has signed yet another Tamil film in which she’s paired opposite Udhayanidhi Stalin. Prabhakaran is going to direct this film. Recently, he had directed a film titled Sundarapandian and it went on to become a sleeper hit. Udhayanidhi Stalin, who had made his acting debut in OKOK, was so impressed with Prabhakaran’s work that he immediately offered the latter a film under home production banner Red Giant Studios. Apparently, Nayanthara was supposed to play the lead role in OKOK as well, however, that role went to Hansika. Now that Nayanthara is back with a vengeance, Udhayanidhi Stalin approached her once again and rumours are abuzz in Kollywood that she was paid a bomb for the film.