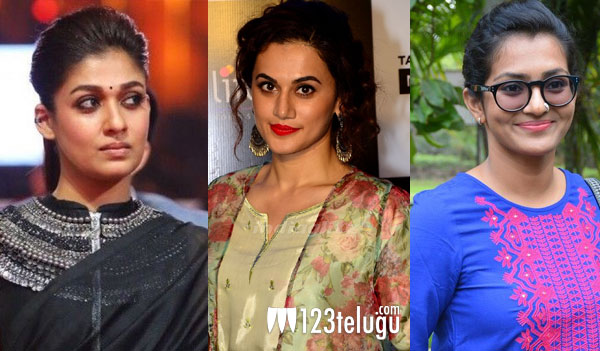 Nayanthara, Taapsee, and Malayalam actress Parvathy have been named among the 50 most influential young Indians by the prestigious GQ magazine. The list includes some of the popular people from various fields who made a difference in 2018, and the three actresses, apart from Pa Ranjith were the only people, associated with South Indian cinema, to be named in the list.

While Nayanthara was hailed for backing solid content oriented films in Tamil, Parvathy was praised for her resilience and courage to speak out against misogyny in film industry. Taapsee, on the other hand, has had a fantastic year in Hindi cinema, and she also made her foray into sports entertainment this year.

Among other popular celebrities, GQ also named Alia Bhatt, Varun Dhawan, Ayushman Khurana, and Virat Kohli in the list of most influential Indians.