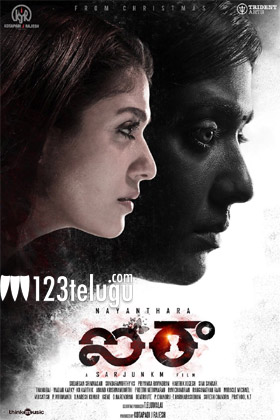 Nayanthara recently gave two back-to-back hits with Kolamaavu Kokila and Imaikaa Nodigal within a month. Both the movies had grossed nearly 50 crores at the box-office, justifying her Lady Superstar title. Nayan will next be seen in Thala Ajith’s Viswasam.

And this evening, the makers of Nayan’s upcoming film have unveiled the film’s title and the first look. The film has been interestingly titled Airaa in Tamil and Telugu, and both the versions will be hitting theaters in December. Sarjun KM is directing the film and Kotapadi Rajesh is producing it.