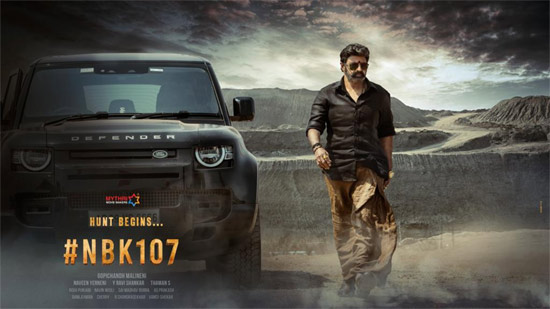 Nandamuri Balakrishna’s NBK107 is one of the keenly anticipated films in Telugu cinema. The actioner is directed by Gopichand Malineni.

NBK107 is scheduled for release this December and it is about time that the makers issue an official announcement on the title.

Balakrishna is expected to wrap up NBK107 shoot in the next few weeks and then take Anil Ravipudi’s NBK108 onto the floors soon after.