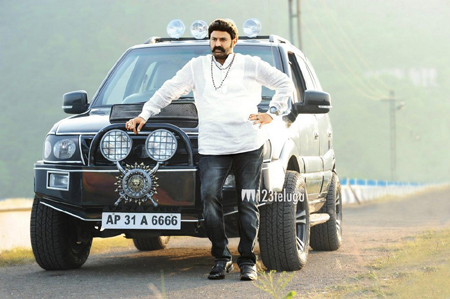 Nandamuri Balakrishna’s mass action entertainer ‘Legend’ is getting ready for a release soon. So far, only the posters of Balakrishna and Jagapathi Babu have been released and fans not have not been treated to any teasers yet. All that is set to change now. We have heard that the first teaser from the movie is getting ready and it might be released before the end of the month.

The movie is being shot in Dubai right now, where some action sequences are being filmed on Balakrishna and other actors. Radhika Apte and Sonal Chauhan will be seen as the heroines in this movie.

Devi Sri Prasad is composing the music for this movie and Boyapati Sreenu is the director. ‘Legend’ is being produced by Varahi Chalana Chitram and 14 Reels Entertainment on a lavish scale. The movie is getting ready for a release on March 28th while the audio album will be unveiled in March 7th.