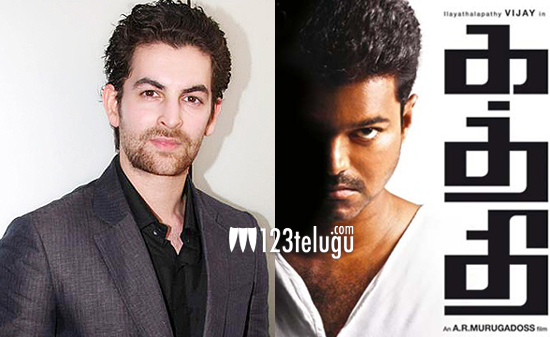 Young actor Neil Nithin Mukesh, who made his Bollywood debut with the critically acclaimed ‘Johnny Gaddaar’ has made his mark in B-town with many memorable roles. Off late, he played a negative role in the Tamil film ‘Kaththi’ which released all over today.

The film has opened to thumping collections, and Neil is getting superb reviews for his performance. According to reports, Neil has given a strong fight to Vijay in terms of performance and impressed one and all. The actor is currently busy shooting for Sooraj Barjatya’s ‘Prem Ratan Dhan Payo’ with Salman Khan.