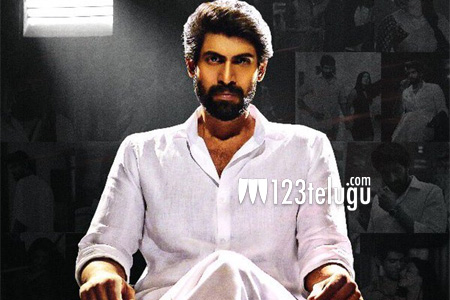 Following the humongous success of the Baahubali franchise across the country, there has been a huge craze around any movie that stars Rana. On the other hand, whenever senior producer D Suresh Babu is involved in a project, trade circles know that it will turn out to be successful.

The father-son duo teamed up with director Teja and new producers CH Bharath Chowdhary and V Kiran Reddy for an intense political drama titled Nene Raju Nene Mantri. The film released yesterday to a largely positive response from critics and moviegoers alike and collected close to 4 crore share from the twin Telugu states and rest of India.

Interestingly, the NRNM makers are into profits already. NRNM was made with a whopping budget of 18 crore, including the publicity expenses. The makers recovered 5 crore from the film’s Telugu version’s satellite and digital streaming rights from Star MAA and Amazon Prime Studios respectively​.

Furthermore, NRNM’s Hindi version’s satellite ​rights fetched 7 crore thanks to Rana’s popularity across the North. Not stopping here, Rs.1.50 crore more were recovered in the form of overseas rights. With Rs.13.50 crore already recovered and with yesterday’s 4 crore theatrical share, the film’s makers have entered into the profit zone already.

From now on, the film’s Telugu, Tamil, Malayalam and Hindi versions’ theatrical share and rights and the Hindi version’s Amazon rights will land NRNM’s makers into huge profits. A prefect blend of art and commerce this is!