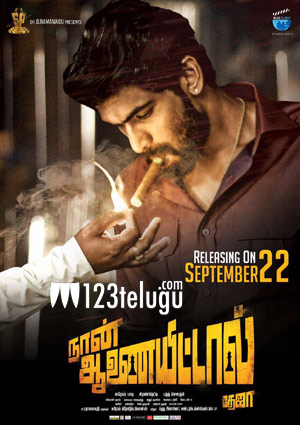 Rana’s Nene Raju Nene Mantri, turned out to be a super hit in Telugu. The film’s Tamil version, Naan Aanaiyittaal, was supposed to hit the screens along with the Telugu version, but was postponed due to Vivegam’s release.

The latest update is that Naan Aanaiyittaal will be releasing on September 22nd. However, there’s no update on the film’s Malayalam version Raja Kireedam’s release yet. Expectations will be high on the Tamil and Malayalam versions as Rana has a decent following in both the states.