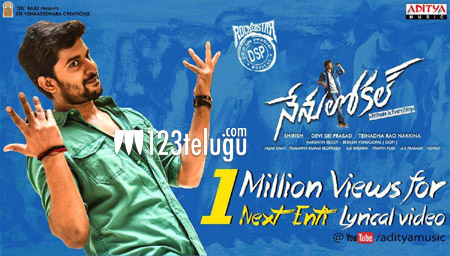 We were the first ones to review the audio album of Nani’s Nenu Local. All the songs are quite good and as said have become chart toppers in all the music channels and radio stations.

One particular song, Next Enti has clocked one million views on YouTube which is just huge for a Nani film. This is the first time that a star musician like DSP has composed music for a Nani film and things have worked out quite well for Dil Raju and his team.

Keerthi Suresh plays the female lead in this film which is up for release on February 3rd.