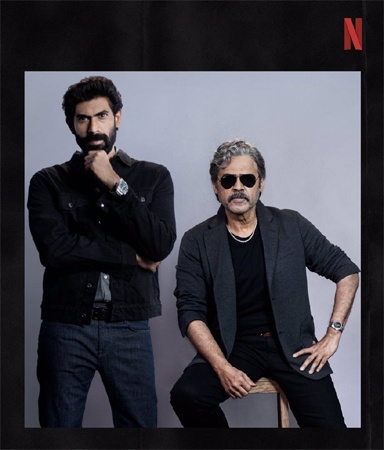 We all are aware of the fact that Victory Venkatesh and Rana are doing a show together for Netflix which has been titled Rana Naidu and will be a bilingual made in Telugu and Hindi.

The series will be an adaptation of the hit American series Ray Donovan. The news now is that the shooting of this show has begun today in Hyderabad.

The show will be directed by Supan Varma and Karan Anshuman who worked for the hit series Mirzapur and The Family Man respectively.