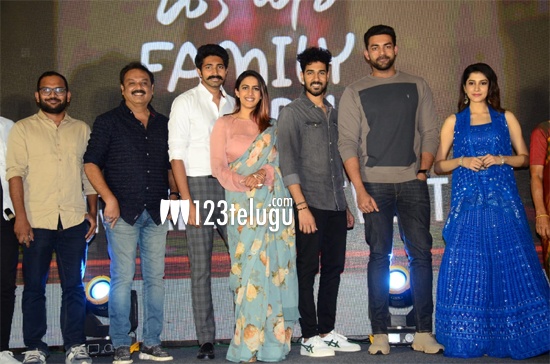 Speaking at the event, Varun said that Niharika had told him about producing a series last year. “She never told me about the series’ title or story. Even I never gave her career advices. She is carving her niche by experimenting with her choices. Our family only watches her work and tells her our opinion. I was shocked after watching Oka Chinna Family Story’s trailer. Santosh Shoban’s brother Sangeet Sobhan surprised me with his impressive timing and performance. His father (director Sobhan) will be proud of him wherever he is. I wish Simran, director Mahesh and the entire team the best on the release,” said Varun.