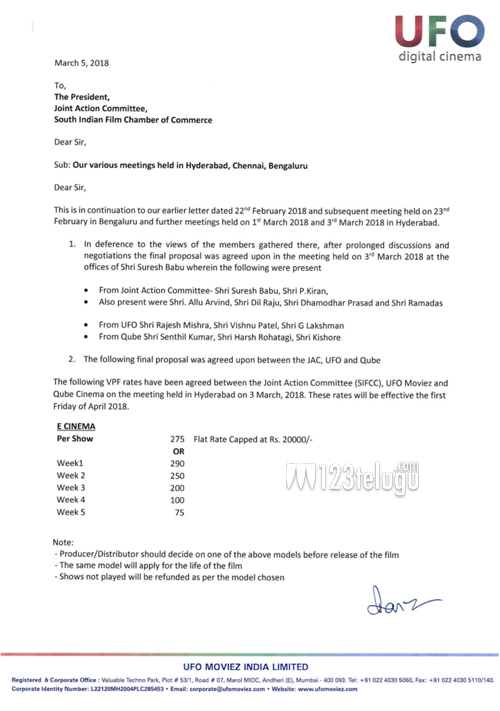 Finally, after months long failed discussions which eventually led to the closure of movie theaters across South India since March 2, the JAC of the South Indian Film Chamber of Commerce (SIFCC) and the Digital Service Providers (DSPs) have come to a mutually viable agreement today.

Much to the relief of the film producers and distributors, the DSPs like UFO and Qube have agreed to lessen the Virtual Print Fee (VPF) levied to facilitate the digital projection. With this, the Producers’ JAC and the exhibitors have called off the strike and the screenings will resume from March 8.

Below are the latest charges VPF charges that have been proposed by the DSPs and accepted by the producer’s JAC:

The new rates will come into effect from the first Friday of April ie 6 April, 2018.

Producer/Distributor should choose one of the above models before the release of the film. The same model will apply for the life run of the film. 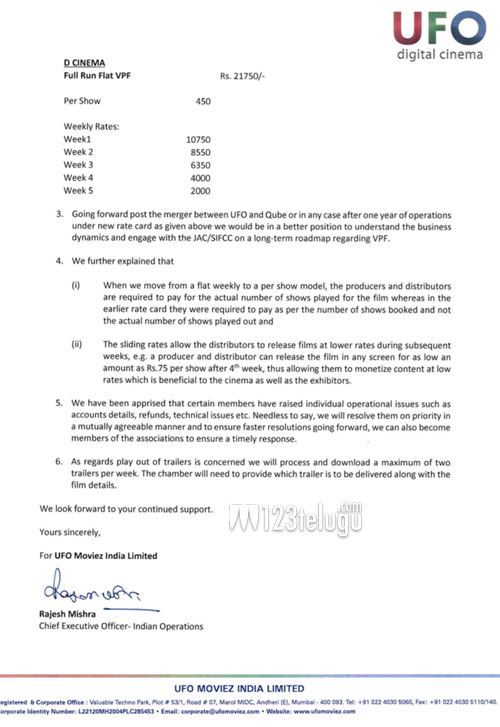 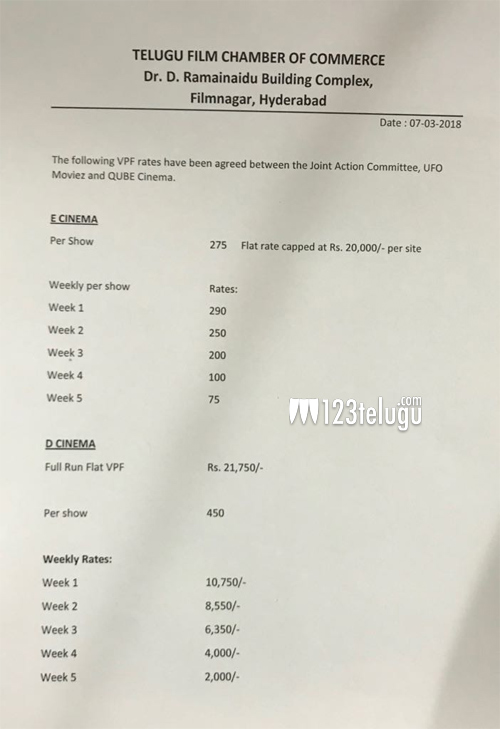