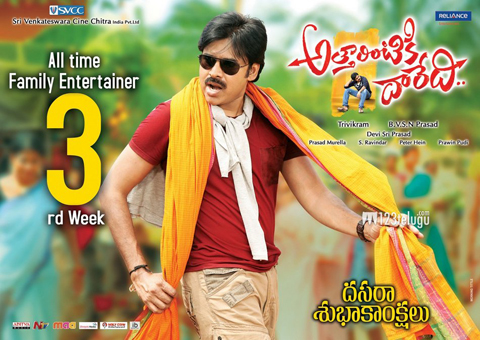 Power Star Pawan Kalyan’s ‘Atharintiki Daaredhi’ is now the Telugu Film Industry’s biggest hit. The movie has turned out to be a sensational hit at the Box Office and the film is still doing decent business. To attract more viewers to theaters, the production team is now planning to add some more scenes to the film.

The new scenes will be added very soon and an official communication from the production team will be released, to provide more details about these scenes. Samantha is the heroine in this movie and Praneetha has essayed an important role. Trivikram Srinivas has directed this blockbuster family entertainer.

BVSN Prasad is the producer of the movie and Devi Sri Prasad has composed the music for this film.