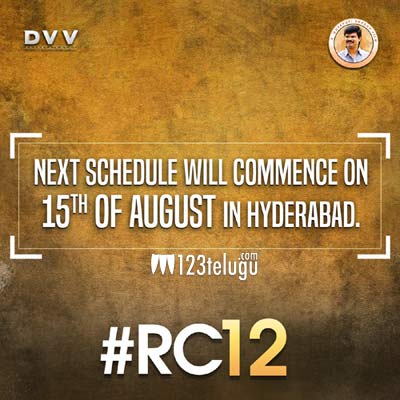 It is a known fact that Ram Charan is shooting for his upcoming flick in the direction of Boyapati Sreenu. The latest we hear is that a fresh schedule of the film will kickstart tomorrow in Hyderabad.

Some of the very important scenes will be shot in this schedule and the core cast will be taking part in it along with heroine Kiara Advani. D V V Danayya produces this film which has music by Thaman.

The film is yet to be titled and very soon the makers are expected to do an announcement in a grand style.