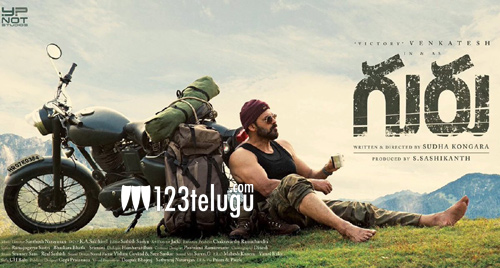 Looks like the positive word of mouth for Guru has worked well for the makers. Seeing a very positive vibe, the makers have decided to add a few more screens in the city of Hyderabad from tomorrow.

Venkatesh’s career best performance has impressed his fans as this is the first time that a star like him has done such a serious role which is being appreciated all over.

Directed by Sudha Kongara, Guru has Ritika Singh as the female lead. Venkatesh plays a boxing coach in this film which is the remake of the Hindi hit Sudha Kongara.