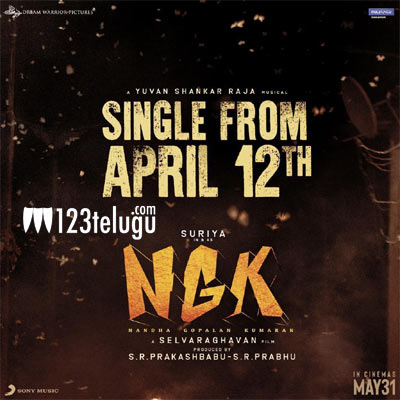 The first single from Suriya’s upcoming film NGK is all set to be unveiled on April 12. Directed by Selvaraghavan, the film’s music has been scored by Yuvan Shankar Raja. The film is said to be a political drama and it’ll be a major makeover for Suriya too, as per the buzz in the industry.

The film has been in the making for quite sometime, and few weeks ago, the team finally confirmed that it’ll hit the screens in Tamil and Telugu on May 31. Rakul Preet and Sai Pallavi are the lead actresses in the film.

S R Prabhu and SR Prakash Babu have produced the film under Dream Warrior Pictures banner. The film’s trailer will be unveiled soon.