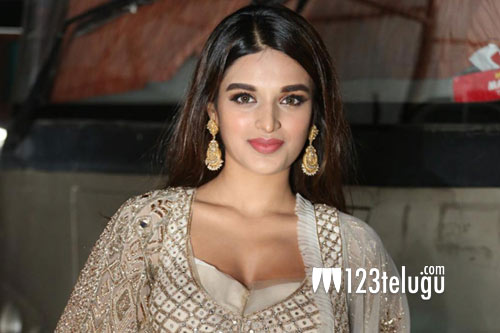 Niddhi Aggerwal is making her Tamil debut with the film Bhoomi starring Jayam Ravi and we all know that. The film is in the post-production stage.

Seeing her popularity, a young actor approached her for a special number in his upcoming films. But he got a shock of his life when Niddhi quoted a bomb of remuneration close to 60 lakhs.

This news has become a hot topic in Tamil film circles but there no confirmation on it. Niddhi is not having any films in Telugu as of now and she quoting big money in her career in a starting stage shocked many.