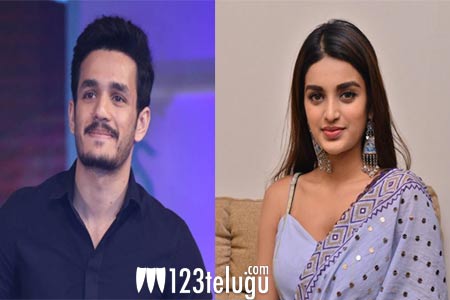 Bollywood starlet Niddhi Agerwal had made her Bollywood debut with Naga Chaitanya’s Savyasachi. The Bengaluru beauty will next be seen in Akhil Mr Majnu. In a latest interview, Niddhi revealed how Akhil’s heroics on Mr Majnu’s sets saved her from a huge mishap.

Niddhi revealed that one day, on Mr Majnu’s sets, a light was about to crash land on her face. It was then that Akhil had grabbed the light with his hand in the nick of time. “If not for Akhil, I would have suffered serious injuries on my face,” Niddhi said. Mr Majnu is hitting theaters in January last week.