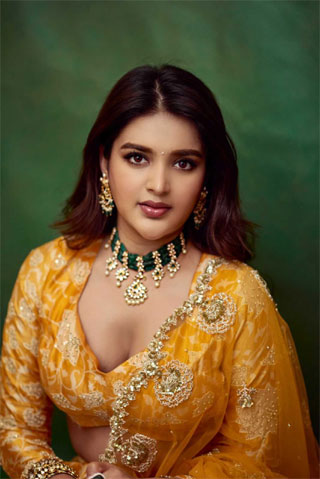 Nidhhi Agerwal has a solid fan base and there is a certain expectation on her when it comes to her performances and also glamor dose.

The noted actress did not disappoint the audience as she did a very good role in her new release HERO starring Ashok Galla.

She looked hot in the film and also did an able performance. With this film, she scored one more big hit after her successful film Ismart Shankar.

If this is not enough Nidhhi will be seen in Pawan Kalyan’s biggie Hari Hara Veera Mallu. If this film is also a hit, there will be no stopping her in Tollywood.