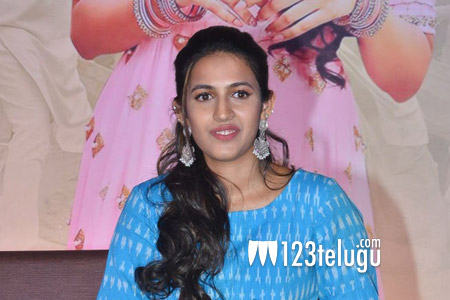 Sye Raa is one film which is quite prestigious in every which way. So many star actors are doing key roles in the film which is halfway through its shoot in Hyderabad.

The latest we hear is that mega daughter, Niharika is playing a cameo in the film and she herself revealed this news today in one of her interviews. The young heroine also added that she will be seen as a tribal girl in the film and will have two to three scenes with megastar Chiranjeevi.

One being asked why she chose to do such a small role, Niharika said that Sye is a film which will go down as one of the top films in the history of Tollywood and she wanted part of it at any cost.

Niharika has already shot for her role and is currently waiting for the release of her new film Happy Wedding.