Niharika’s nickname for her cousin Vaishnav Tej
Published on Jul 4, 2021 8:05 am IST 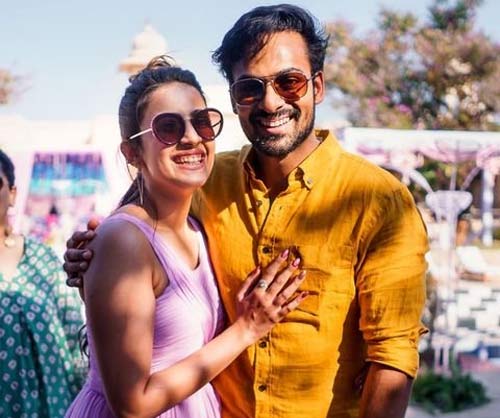 That all the Mega cousins are a closely knit crazy bunch of well known to fans. They share a deep bond with each other and it’s evident in the pictures and videos which they occasionally post on social media.

In a latest Ask Me Anything session on Instagram, a fan asked actress Niharika Konidela how did she save young Mega hero Vaishnav Tej’s name in her phone contacts. And Niharika revealed that she saved Vaishnav’s name as “Hero Babu.” She went on to say, “I put this much before Uppena even released.”

Niharika is currently enjoying a holiday in Pondicherry with her husband Chaitanya. She recently signed a web-series as an actress and is also producing another web-series. 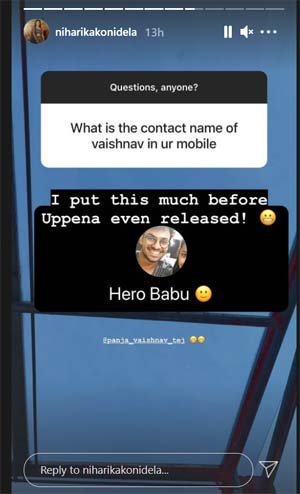