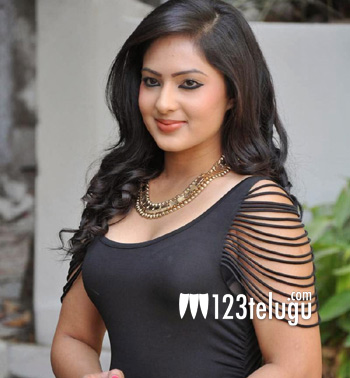 Nikesha Patel, who made her debut in Pawan Kalyan’s Puli will yet again feature as a cop in Sai Ram Shankar’s upcoming flick, Jagadamba.

Speaking to the media, Nikesha said, “I am quite excited to play the cop’s life which is quite realistic in today’s life”. Shooting for Jagadamba will start from January first week onwards.

The film is going to be directed by P.S Vasudev and produced by Addala Peddiraju. Music will be composed by Rahul Raj.