The entire film fraternity is still grieving the loss of veteran filmmaker Dasari Narayana Rao. Many film related events and shootings​ were cancelled as a mark of respect towards the legendary director.

Young hero Nikhil, who celebrates his birthday today, took to his Facebook page and posted a touching open letter to his guiding force, Dasari. Nikhil said he has cancelled all the birthday and Keshava success celebrations as a tribute to Dasari.

Nikhil hailed Dasari’s valuable contribution to the film industry and especially to small and medium budget films and went on to say that Dasari held the hands of young filmmakers and led them like a father figure.

The young hero further remembered how Dasari personally ​appreciated him when Swamy Ra Ra and Ekkadiki Pothavu Chinnavada released. Nikhil concluded his letter with his tearful eyes and said he’s blessed to have touched the legend’s feet. 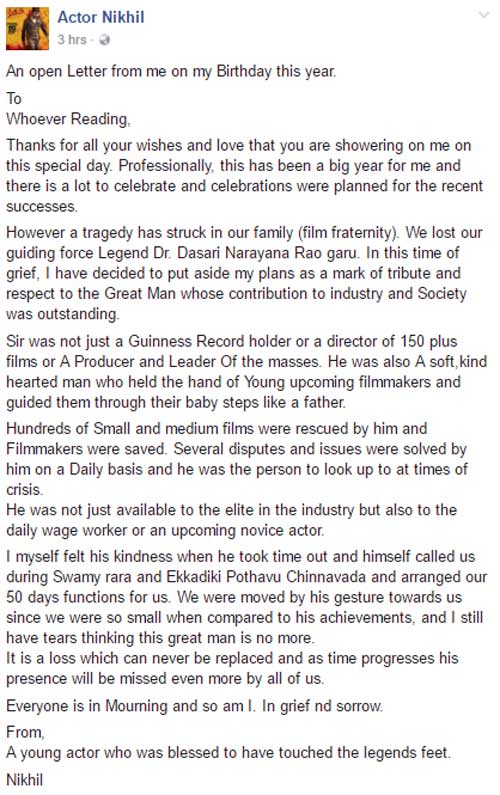