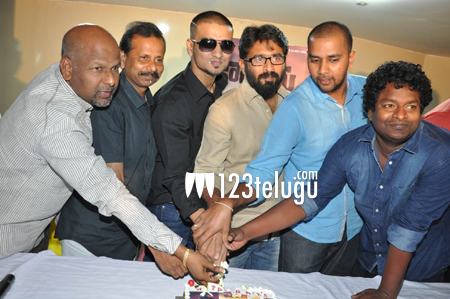 Young actor Nikhil is riding high on the success of his latest release, ‘Surya Vs Surya’. The film attained positive reviews and the word of mouth helped the collections soar drastically. On the eve of the film completing its 25th day, Nikhil celebrated its success along with the team members of his last two hit films ‘Swamy Ra Ra’ and ‘Karthikeya’.

The director and the producer of ‘Swamy Ra Ra’, Sudheer Varma and Chakri Chigurupari and ‘Karthikeya’ producer and director Venkata Srinivas and Chandoo Mondeti and ‘Surya Vs Surya’ producer Shiva Kumar were present at the celebrations along with their respective teams.

Nikhil’s next in Kona Venkat’s production, ‘Sankarabharanam’, will commence in May. The film will be directed by yet another debutant, Uday Nandanavanam.