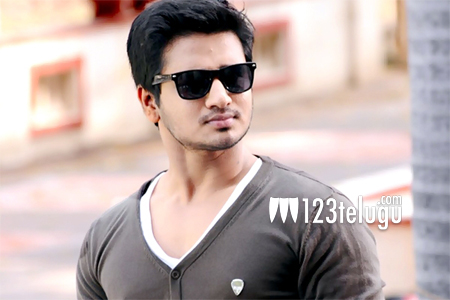 Actor Nikhil is currently acting in an as yet-untitled romantic fantasy in the direction of Murugadoss’ assistant VI Anand who had earlier made his debut with Sundeep Kishan’s Tiger. The film has three heroines and already, Avika Gor and Hebah Patel have been shooting alongside Nikhil.

The makers have been scouting for the right face for the third leading lady and Taapsee was also said to be under consideration for the role. According to the latest update, the film’s team has finally zeroed in on popular Tamil actress Nandita Swetha.

This Bangalore-born beauty has several hit films such as Attakathi, Ethir Neechal and Mundaasupatti to her credit, along with a cameo in Vijay’s Puli.