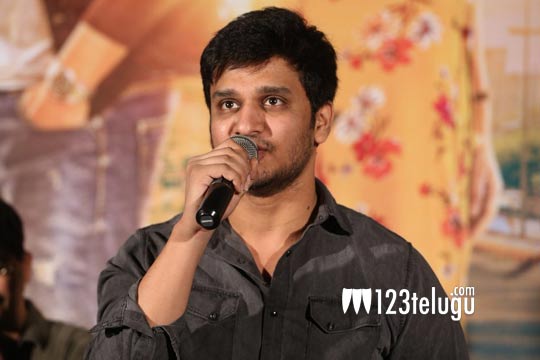 After several postponements, Nikhil and Lavanya Tripathi-starrer investigative thriller, Arjun Suravaram, has been finally locked to hit screens on May 1. The film is an official remake of the Tamil hit, Kanithan. Nikhil and Lavanya will be seen as journalists in the movie.

Arjun Suravaram is a crucial film in Nikhil’s career, as his last two movies didn’t set the box-office on fire. To ensure Arjun Suravaram’s success, Nikhil is going all out to promote the movie. Recently, Nikhil turned journalist for popular news channel TV9 and interacted with the common people on the streets. However, whether Nikhil’s promotions will turn out to be fruitful when the film opens in cinemas remains to be seen.
Kanithan’s director TN Santhosh has directed Arjun Suravaram and Auraa Cinemas and Movie Dynamix banners have jointly produced it. Tagore Madhu is presenting the film.