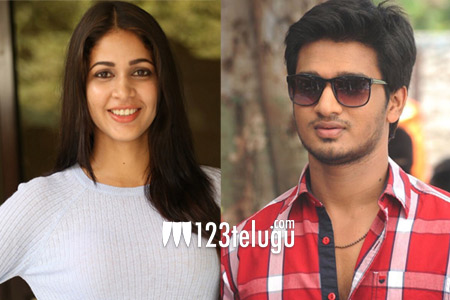 Hero Nikhil and Lavanya Tripathi’s upcoming action entertainer ‘Mudra’ was supposed to hit the screens on November 8 initially. However, the makers later announced that the film will be released on December 28. But it looks like the film may be delayed once again.

Although the film’s release date is just 10 days away, there has been hardly any promotional buzz for Mudra. This has given rise to speculations that the film may not release this month end. We will have to wait for an official announcement from the makers regarding the release date.

Mudra is directed by Tamil filmmaker TN Santosh. Inspired by true events, the film has journalism as its backdrop and Nikhil plays an investigative journalist in the movie. Kaviya Venugopal and Rajukumar are jointly producing the film. Noted producer B Madhu is presenting the movie.