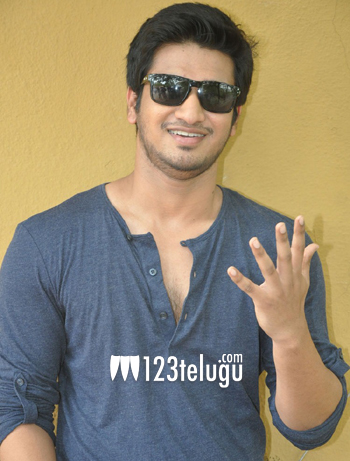 After a good come back with Swamy Ra Ra’, young actor Nikhil is all set to strike with his latest offering ‘Karthikeya’. The trailer has created enough curiosity among movie lovers and his body language speaks volumes about his regained confidence. For the first time in his career, this film is slated to release in over 250 theaters in India and it will hit the screens in around 35 locations in US. Nikhil is confident that this film will definitely provide him with the much needed commercial hit.

Directed by debutante Chandoo Mondeti and produced by Venkat Srinivas, this film has colors Swathi as the female lead. This thriller is slated to release worldwide tomorrow.