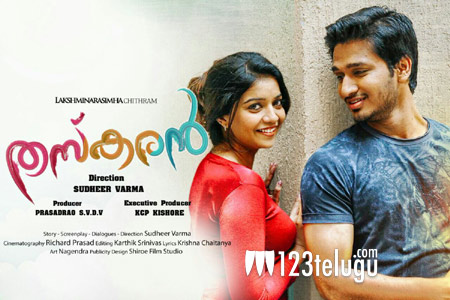 Released in March 2013, the Nikhil and Swathi-starrer crime comedy, Swamy Ra Ra, went on to become a huge hit at the box-office. The film marked the directorial debut of Sudheer Varma and it was produced by Chakri Chigurupati.

Now, Swamy Ra Ra is all set for its release across Kerala. The film’s Malayalam version has been titled Thaskaran. Incidentally, Swamy Ra Ra’s story revolves around a Vinayaka idol stolen from the Padmanabhaswamy Temple in Trivandrum, Kerala. Swathi is a well-known star in Kerala, and we will have to see if Thaskaran will repeat Swamy Ra Ra’s success.