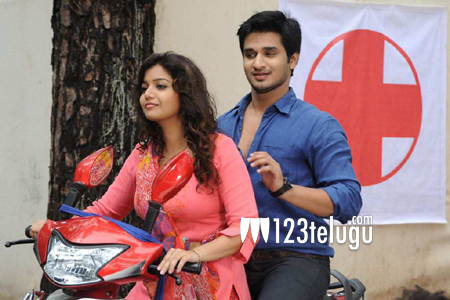 Nikhil and Swathi have teamed up for the supernatural thriller, ‘Karthikeya’. The teaser of this film will be released on the 30th of this month, in Prasad Labs. ‘Karthikeya’ is a bilingual and the production team is working towards a December release for the movie.

Chandoo Mondeti is the director of this movie and this is his debut film. Sekhar Chandra is scoring the music and Kathik Ghattamaneni is handling the cinematography. Nikhil and Swathi scored a hit with ‘Swamy Ra Ra’ and they are hoping to repeat the feat once again with ‘Karthikeya’.

Boggaram Venkata Srinivas is the producer and Rajesh Varma is presenting the film.