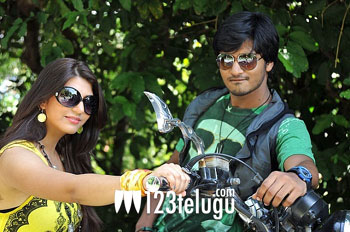 Nikhil is currently busy with his upcoming movie ‘Disco’. The movie is being directed by Hari K and Abhinav Reddy is the producer. Hari has worked as an assistant director under Puri Jagan for movies like ‘Pokiri’, ‘Ek Niranjan’ etc.

The movie is said to be a comedy entertainer with a romantic backdrop. Sarah Sharma is playing the lead role opposite Nikhil in this project. The movie is currently in its final stages of production and the makers are targeting a February release. Music is being scored by Mantra Anand.