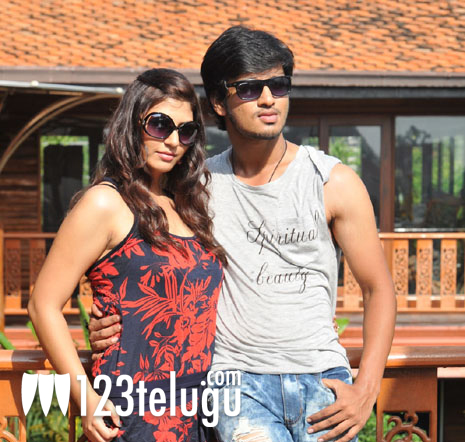 Young hero Nikhil’s romantic comedy entertainer ‘Disco’ has completed its shooting and the film is currently in post-production mode. Hari K. Chanduri, who has worked under Puri Jagan, is the director of this movie and K. Abhinav Reddy is the producer. The movie has Sarah Sharma as the female lead. The movie has been shot in Bangkok, Hyderabad and Kerala.

Disco is the most expensive film in Nikhil’s career so far and the makers are confident of the movie’s chances at the Box Office. “Our movie will be a 2 hour non-stop laugh riot and the audience will be 100 % entertained”, says producer Abhinav Reddy. The audio album of the movie will be out soon. Music has been scored by Mantra Anand.