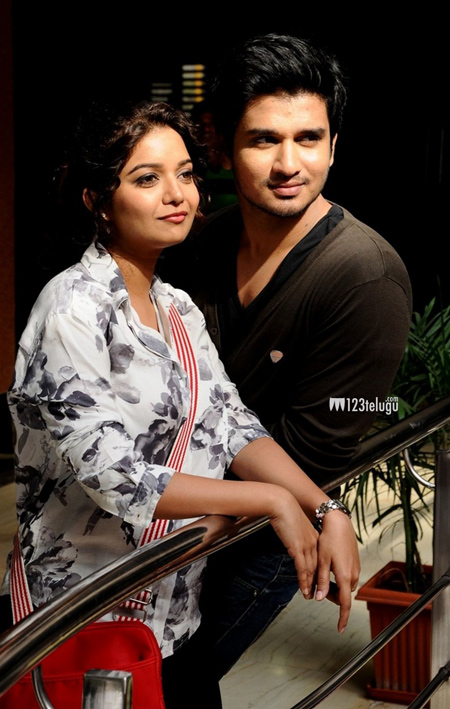 Young hero Nikhil scored a good hit last year with the film ‘Swamy Ra Ra’. The movie gave a big boost to his career. Nikhil has teamed up with Swathi once again for the thriller flick ‘Karthikeya’.

This movie is getting ready for a release in the last week of March. The production team released a press note today stating that the audio launch will happen in the first week of March. Sekhar Chandra is scoring the music for this movie.

Chandu Mondet is the director of this movie and this is his first film. The film has a lot of VFX work, to recreate some old temples and other such stuff.

Tanikella Bharani, Rao Ramesh and other senior actors are playing important roles in this movie.