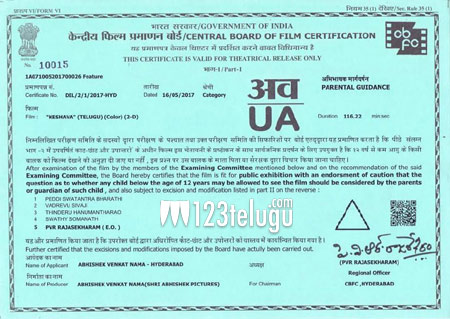 Young hero Nikhil’s upcoming revenge drama, Keshava is scheduled for May 19th release. The film recently completed its censor formalities and got U/A certificate from censor board.

Now, the news is that the run-time of the film is locked as 116 minutes and the makers are confident that this crispy run-time is going to be an advantage for the film. Director Sudheer Varma, who disappointed with his last outing Dohchay has pinned hopes on this project.

Ritu Varma plays the female lead in this film which also has Isha Koppikar playing a cop. Abhishek Pictures are producing the film and has its music composed by Sunny MR.