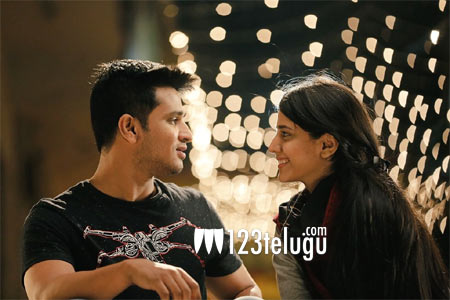 Nikhil’s upcoming fun-filled romantic entertainer, Kirrak Party is carrying a decent buzz in the trade circles. The recently released one minute trailer for the film is also getting positive feedback from the moviegoers.

Meanwhile, the latest we hear is that the makers are planning to release this film on March 22nd as a Summer treat. Kirrak Party is an official remake of the blockbuster Kannada movie, Kirik Party.

Simran Pareenja and Samyuktha Hegde are the female leads in this youthful entertainer. Debutant Sharan Koppisetty has directed the movie which has been bankrolled under AK Entertainments banner.