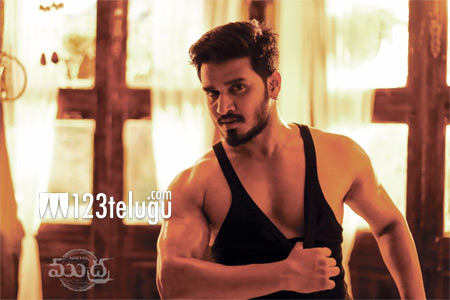 Nikhil is all over the news for the past few days. He is busy wrapping up his new film Mudra and today, he revealed his chiseled look from the film which has gone viral.

The climax is currently being shot and the dubbing formalities have also begun. Nikhil is essaying the role of a journalist, Arjun Suravaram in this action entertainer and the first look of the film got a superb response.

Lavanya Tripathi is playing the female lead in this film which is the remake of a Tamil hit. Mudra is being produced by Kaviya Venugopal and Rajkumar under Auraa Cinemas PVT and Movie Dynamix LLP banners respectively.