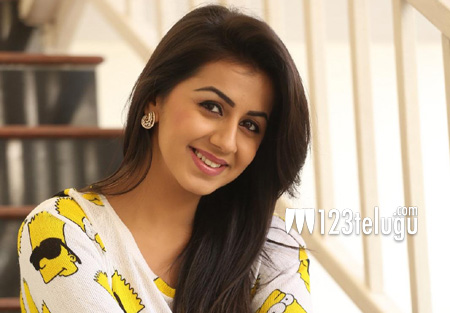 Even though Nikki Garlani is a bankable star in Tamil and Malayalam, she is yet to make her presence felt in Tollywood. Her first film, Krishnashtami bombed severely and she did not get much work her.

Meanwhile, her new Tamil film is being dubbed in Telugu as Markatamani and is up for a release this Friday. The reports from the earlier press shows in Chennai are quite decent and Nikki has pinned a lot of hopes on the film so that it can give her more mileage in Telugu.

Aadi Pinisetty is playing the lead role in this film which is touted to be a crime thriller.