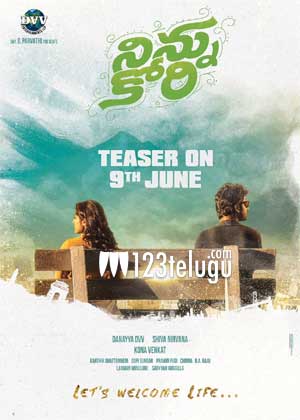 Nani’s new film, Ninnu Kori is busy in its post-production formalities and the latest update is that the teaser of the film will be out on the 9th of this month. The makers are promoting the film quite well and within no time, the film has garnered huge interest.

Nivetha Thomas plays the female lead in this film which also has Aadi in a crucial role. The pre-release business is also going on in full swing and some unheard amounts are being quoted for the film.

Kona Venkat presents this film which is directed by debutante Shiva Nirvana.